I’ve Got a Golden Ticket!

Do you remember the scene in Charlie and the Chocolate Factory when Charlie learns that the supposed last golden ticket to be found was actually a fake? Suddenly the nondescript bar of chocolate in his hands shines with all the possibility of a once-in-a-lifetime trip to Willy Wonka’s factory. Slowly, carefully, only just managing to restrain himself from getting too excited, he peels open the wrapper … and there it is! The golden ticket is his! 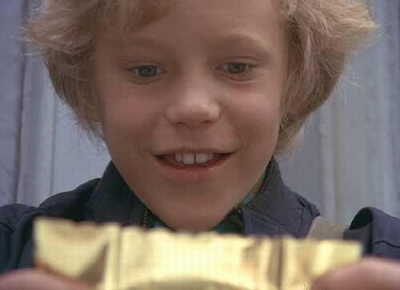 That look of part disbelief, part “OMFG!” on his face? That’s me every time I take a look at, or even simply think about, the one-way ticket I bought myself last week. That’s what I said: my one-way ticket 🙂

I have been preparing for this trip in small ways for what feels like ages now – sorting out routes, researching countries, looking up packing lists, figuring out what equipment I need, etc. – but buying that ticket is the biggest commitment I have made to The Big Trip so far. I am absolutely thrilled to finally begin to see the plan taking shape and to have something concrete to show for all the sacrifices I have been making over the past year.

This is the second time I have bought a one-way ticket (well, aside from one back from Lyon at the end of a road trip) and there is something particularly thrilling about knowing that you are heading out into the unknown without really knowing when you’ll be coming back.

My plans for when I am on the road are more drafts than plans at present but they are there and slowly becoming more solid. Given the nature of this being a public blog, I have not really mentioned particular destinations as yet but to commemorate my awesome purchase, I’ll let you in on one: I’m starting off in Kenya 🙂