Up until just over a month ago, I had resisted all attempts at being pushed over the Smartphone threshold. Sure, all those snazzy iPhones and Androids looked rather fancy and made it easier to be tuned in to what was going on at all times but that just wasn’t enough to make me want to part from my trusty Sony Ericsson K610i. This phone was second hand when I first started using it (5? 7?) years ago and did exactly what a phone ought to do: it sent and received texts and calls. I could even take a grainy photo or two with it if I so wished. And then the day came when it started to randomly switch off and occasionally have trouble picking up a signal 🙁
If it hasn’t been made clear already: I am quite resistant to change. As someone who moved country alone a year and a half ago and plans to uproot herself again in under a year’s time, I have some issues with that statement being all-encompassing but, for the most part, it is true. Advances in technology are what I am most resistant to, I suppose. I would mainly put this down to a paranoia induced by having read numerous dystopic novels and an avid interest in conspiracy theories. In my mind, advances in technology only help Big Brother to keep a watchful eye over us and bring down his iron fist if we step out of line. Crazy? Well, that’s a thought for another day. So anyway, despite my little red phone playing up, I kept using it.
Then this happened: 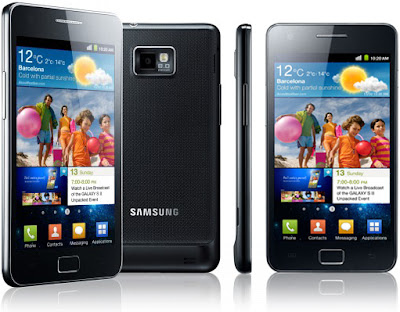 Not being technologically-inclined, I couldn’t tell you what its specs are. Quite frankly, they’re irrelevant; this phone had me at hello. I justified buying it based on the fact that it will make staying in touch with everyone while I’m travelling much easier and there’s never any harm in having access to Google Maps when you’re completely stuck. But who was I kidding? It was sexy and I wanted it.
Having this phone has made me realise a few things:
I also dislike the way so many people resort to the phrase, “Google it,” whenever they can’t immediately think of an answer. Yes, I could do that but I would still rather rack my brains for a few hours before using my phone to find the answer. That said, it’s a fun gadget to have and I still think it will come in handy when I head out to see the world. It has also given me a new appreciation for all things digital and made me realise that they are not necessarily the enemy.
The Kindle is another gadget which has taken me a long time to warm to and I know I’m not the only bookworm to have a twinge of discomfort at the idea of reading on a machine rather than from a book. Back in April some friends pooled in and bought me one for my birthday, the idea being that it would be perfect for me to take travelling. It took me a very long time to get round to using it and I still felt uncomfortable doing so until I started using my phone last month and realised that these gadgets are there to make our lives easier but it’s still perfectly fine to prefer things the ‘old school’ way. No gizmo can beat the feel and smell of an actual book.
I won’t say I’m a complete convert yet. To be honest, I don’t think I ever will be but I am making a conscious effort to stay in the loop a little more. It would be foolish not to take advantage of the huge steps that have been made in terms of technology over the past years but, that said, even more foolish to do so mindlessly.
The real problem is not whether machines think but whether men do.
– B. F. Skinner