Just under four months ago I responded to an Indie Travel Challenge by Bootsnall: See a Penny, Pick It Up. In brief, I set myself the task of emptying my purse of any change under €2 every Friday for the forseeable future. Dear reader, it wasn’t all talk. I actually did it!

Last Sunday I decided it was about time to count out the two jars of change that I had accumulated. 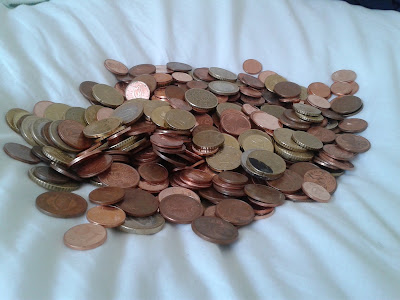 It took me a while but I managed. I managed in typical obsessive compulsive Hannah fashion. In particular, the €5 made up entirely of 5c coins appeased my penchant for multiples of five to no end. 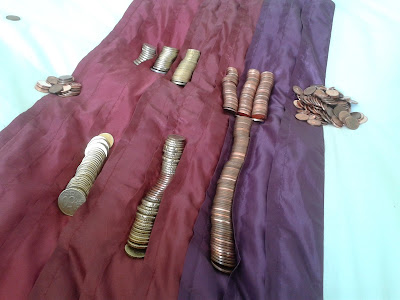 Turns out I saved enough money to do one of the following:

That’s right: I was a few cents short of €50! Go me 🙂 I’ve already paid for most of the things on that list so I think I’m going to be sensible and get the sleeping bag I actually need.

So there you have it – if you’ve already cut back on the unnecessary expenses, there are still ways to save money if you need to.