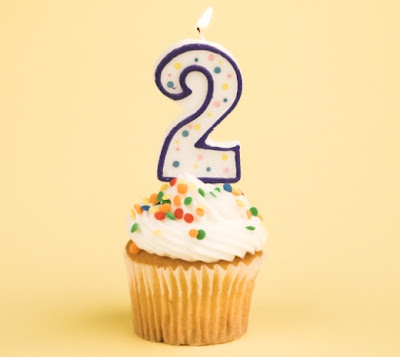 On the 3rd May 2010 I said goodbye to my flatmate and our four fish, shut the door on my two-bedroom flat in Mosta and lugged two heavy suitcases, that had been packed for the past few weeks, down the stairs. I still remember sitting in the back seat of my parents’ car feeling alternately petrified and numb as we drove to the airport. I had a one way ticket to Dublin and was about to take the biggest step I had ever taken on my own.

I hate airports and goodbyes. They only really started to bother me that day I left Malta; the day I realised just what (who) I was leaving behind. Goodbyes only really start to mean something when you don’t know when the next ‘hello’ is going to be.

About ten minutes before it was time to head up to the departures lounge, I really started to wonder just whether I was going to pull this one off. Up until that point I hadn’t opened up to anyone about how scared I was that it would all go wrong but it was a genuine concern of mine. I turned to my parents, feeling like a little girl who is way out of her depth, and asked, “Am I doing the right thing?” I will never forget the little laugh that came out of my mum and the look she gave me. “Of course you are,” she said, and gave me a reassuring smile and a pat on the hand. My mum is a very quiet, stoic sort of person but when I think about it she is one of the bravest people I know. When she was only twenty-one she married my dad and left Malta behind to move to England by herself. It meant a lot more then than it does now; she had never been abroad before and had very limited knowledge of what life was like away from the island she had always called home. There were no mobile phones or access to Skype for a quick chat when she was feeling blue.

Somehow I did it. Yes, I was scared, but I also knew that I needed more in my life than the small island I had lived on for the past sixteen years could offer me. I was so unhappy in my circumstances that “the only thing more unthinkable than leaving was staying“.

Fast forward to two years later and living in Dublin has become so natural to me that the second anniversary of my arrival slipped by unnoticed. It wasn’t until a few days later as I was stood out in the back garden, chatting with my friend after a few glasses of wine that it occurred to me. It wasn’t easy but I have managed to build a life for myself here. It took a lot of persistence and stepping out of my comfort zone to meet people and find a place in their lives; it also took some really special, wonderful people who went well out of their way to make me feel welcome and help me out when I needed it. Not to mention the support from my family and friends whom I had left behind – they were there when I was gut-wrenchingly lonely or when I thought I was never going to fit in.

The past two years have been a bigger learning curve than I ever could have imagined. Dublin is familiar territory to me now and I am ready to move on to bigger challenges. But I say that not without a sense of sadness – once again I will have to say goodbye knowing full well just who I am leaving behind. When the time comes, I hope you will all know just how much you have helped me to grow and become my own person, and I hope that in some little way over the past years, I have had a positive impact on your own lives too 🙂