Within a few hours of receiving a message on Facebook about changing a status in aid of breast cancer awareness, it seems that every other female on my friends list has changed her status to insinuate that she is pregnant and craving something. Whatever floats your boat. What I don’t get is how something so trivial (the ridiculous status not breast cancer awareness – I still don’t get how they correlate) can spread like wildfire but I have yet to see anyone mention the Occupy Wall Street protests, which started on September 17th and have since sparked off similar protests in over 1,500 cities worldwide, including Dublin. 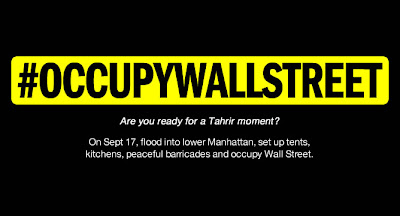 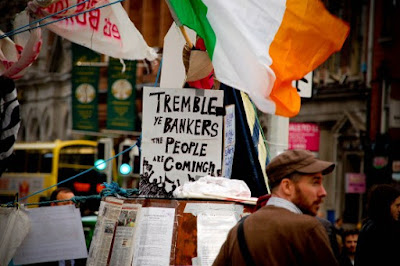 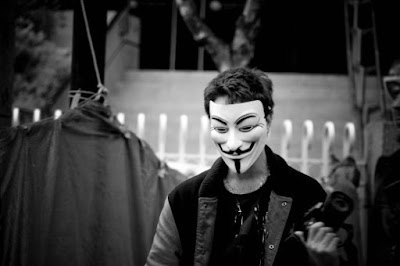 Thanks to Davinia for the photos
I am the first to admit that I am not particularly interested in politics or economics, nor do I know much of anything about them. Perhaps that’s my fault for never taking the time to learn more. Perhaps it is just down to the fact that they are rarely discussed in a readily accessible way (I wonder why). However, it takes no Einstein to understand what triggered the Occupy protests and just a brief look into what it is that they are hoping to achieve should be all that is needed to resonate with, well, anyone and everyone!
#OWS is fighting back against the corrosive power of major banks and multinational corporations over the democratic process, and the role of Wall Street in creating an economic collapse that has caused the greatest recession in generations. The movement is inspired by popular uprisings in Egypt and Tunisia, and aims to expose how the richest 1% of people are writing the rules of an unfair global economy that is foreclosing on our future.
This man is talking about the USA but is this not the same situation the world over?
It’s almost incredible the media is not following these protests 24/7 but then it’s news to no one that there are a small amount of people who decide what to publicise and what to brush under the carpet. It makes me angry to see hours of Sky News devoted to the Michael Jackson court case but barely a few minutes – if that! – devoted to these protests. On a positive note, however, the age of the internet has brought with it the ability to tap into real-time, unbiased information. If not unbiased, then at least we have access to all sides of the story and can make up our own minds. It takes initiative, though; pull yourself away from the damn TV and take a look at what is really going on.

This is absolutely appalling. These are peaceful demonstrations and yet the protesters are having their voice forcibly removed. Other videos I have seen show protesters being run over by police on motorbikes, as well as being knocked out by them. Law and order? Who exactly are these police serving? What these demonstrators are stating is not based on opinion or speculation but fact!

I will leave you with one last video: a message from Anonymous to the Wall Street protesters and the 99%…

This is all too Orwellian for my liking.